Today, I finally had some time to dive a bit deeper into the 6.4.0 release of NSX for vSphere. When I was configuring the Distributed Firewall, I noticed a setting called ‘Enable TCP Strict” which I didn’t immediately recognize. After some investigation, it became clear that this setting strengthens the security of your Distributed Firewall by dropping packets that have not been preceded by a complete 3-way TCP handshake. As you might recall, a 3-way TCP handshake looks like this: 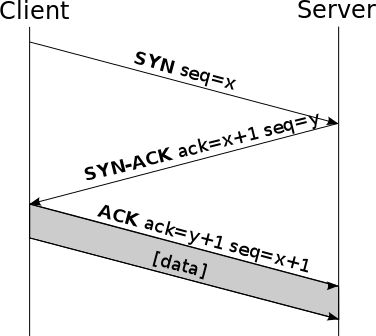 The NSX DFW is a stateful firewall. That means that it performs stateful packet inspection and tracks the state of network connections. Packets matching a known active connection are allowed by the firewall and packets which do not, are inspected against the firewall rules. Now, there are specific use cases – such as asymmetric routing – where packets hit the firewall without the firewall being aware of the connection state. Or in other words, where the firewall isn’t aware of the 3-way TCP handshake that preceded the packet.

In 2011, NSS Labs reported most major firewall vendors were vulnerable to the so called “TCP Split Handshake Attack”. Firewalls were updated to include an option to always enforce a completed  3-way TCP handshake before allowing packets to pass.

The NSX DFW also includes this option but I noticed the configuration of this option changed in the 6.4.0 release. Prior to 6.4.0, TCP Strict mode was configured at the global DFW level using the API:

In NSX 6.4.0, this global option is deprecated according to the NSX 6.4.0 Release Notes:

According to the NSX 6.3 and 6.4 Administration Guides, Strict TCP mode is enabled by default:

“By default, the NSX Distributed Firewall operates in strict TCP mode and when using a default block rule, it drops packets that do not satisfy connection requirements. A connection begins with a three way handshake (SYN, SYN-ACK, ACK) and typically end with a two way exchange (FIN, ACK)”

But when I read the VMware KB Article “Stateful behavior of the NSX Distributed Firewall in an asymmetric routing environment (2145340)”  I must say I am a bit confused. This article states the following fact:

“By default, the NSX Distributed Firewall operates with strict TCP mode disabled, this allows the firewall to be enabled without disrupting existing connections.” 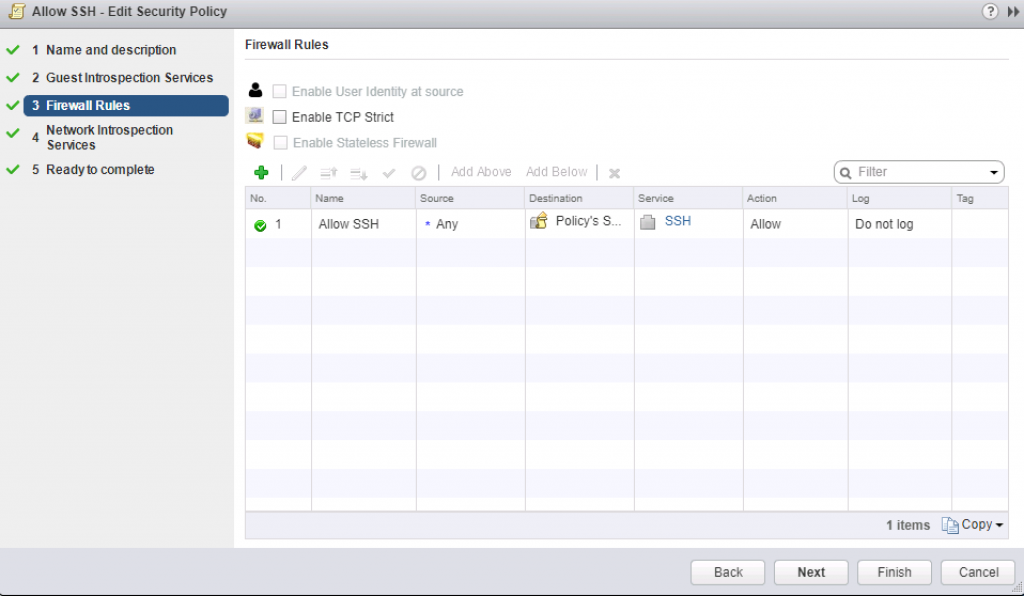 I will try to setup a lab environment to test and validate the behaviour of the NSX DFW. If you have anything to add in the meanwhile, feel free to reach out!